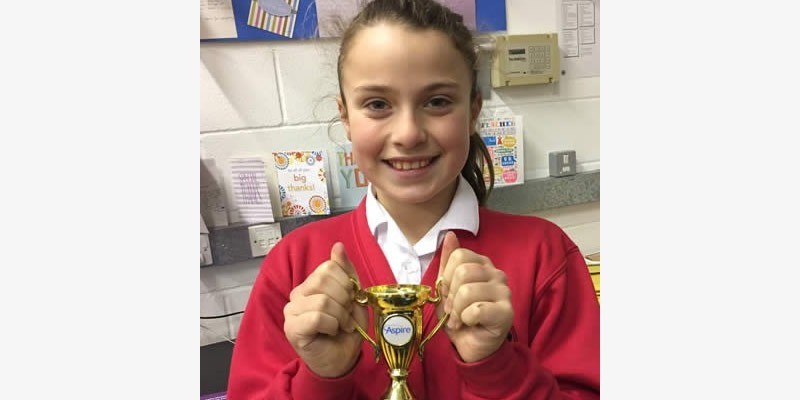 A huge well done to Charleigh who has achieved her ‘Aspire Tuition Times Tables Award’. Not only does she get to keep the trophy but Charleigh now has an excellent basis to extend her work in other areas of maths that benefit from a good memory store of multiplication facts.

At Aspire Tuition we celebrate all achievements. However, more valuable is ensuring that our students grasp and master rather than just memorise, number facts and concepts. If you have any concerns about your child’s understanding of number concepts, however fantastic their times table recall is, Aspire Tuition can help.

With experienced, specialist teachers with a range of resources, we can support your child at any level in maths.